Sorry to dump all this at once but I just have not had time to update regularly. If you can make it to one or more of these important events, please go!

It's especially important for all of us to push back against the bland and dangerous "middle" that is fast destroying our hopes for true change in environment and health care policy. See more below this event list:

Saturday, May 30 - NATIONAL DAY OF ACTION IN SUPPORT OF SINGLE PAYER UNIVERSAL HEALTH CARE - NO LOCAL RALLY IS PLANNED, but please take this opportunity to write and call your representative and senators in support of this best, most cost effective option. See Health Care Now for more details.

On the national front, our wonderful dear leaders are taking the middle path ensuring no significant change will occur in health care and environment issues.

HEALTH CARE - according to American Health Care Reform, the insurance and drug lobbies are buying their way into a sweetheart deal. Referencing a Washington Post March report, "Health insurers and drug makers have showered Congress with almost $6 million bucks to have their seat at the health reform table."

Seeing the handwriting on the wall, major providers and insurers apparently promised to lower costs by &2 trillion and Obama touted this as a "major breakthrough." But, this promise was quickly disputed by those who attended the meeting. And, even if it were true - $2 trillion over 10 years - who is going to hold them accountable?

And what about the reform that would benefit the most Americans at the lowest cost - single payer, universal health care? Off the table. In fact, some "moderate Democrats" have vowed to keep a public plan out of the mix of options now being considered. Ben Nelson (D-MT) has called a public option a "deal breaker."

On the other hand, in April, four major caucuses (Progressives, Black, Asian Pacific American, and Hispanic) sent a letter to Obama stating what's ON the table for them - ‘our support for enacting legislation this year to guarantee affordable health care for all firmly hinges on the inclusion of a robust public health insurance plan like Medicare.'

With big bucks and "bought" Dems (and don't forget the loopy Republicans) and Obama's mastery of making something out of nothing, unless there is a major public outcry, the best, most cost effective health care reform plan will not see the light of day.

ENVIRONMENT - Well, we knew this had to happen! "Coal, Electric Industries Big Winners in Climate Bill Deal." In fact, this bill is so flawed that major environmental groups are not supporting it.

Really, it's too depressing. Watch this Democracy Now! program for more info.
Posted by Cathy Van Maren at Saturday, May 23, 2009 No comments: 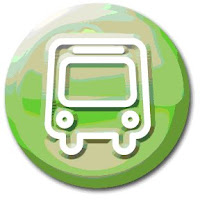 This just in - don't miss out:

The People's Food Co-op will sponsor a bus trip to this year's MREA Energy Fair on Saturday, June 20. Here are the details:

NOTE: MREA gives $5 off admission for bus goers (coupon given on bus). SIGN UP BY June 6! (Last year's bus sold out early!) There are no cancellations after registration (unless we have a wait list).