And now for something completely different . . .

GASLAND is a new film about the process of "fracking" or hydraulic fracturing of rocks to recover natural gas.

THERE WILL BE A SCREENING OF THIS IMPORTANT ACADEMY AWARD NOMINATED DOCUMENTARY ON SUNDAY, APRIL 17 EVENING (exact time and location TBA - watch this space!) The event will be FREE and OPEN TO THE PUBLIC. Please SIGN UP to attend this film and see a trailer. Sign the petition to demand that Congress pass the anti-fracking bilL.

Fracking is touted as a way to increase US energy independence, but the process of injecting high pressure chemicals, sand, liquids has resulted in water contamination, noise and shaking making life unbearable for those living near drilling sites, and a host of other complaints including demands to know exactly what chemicals are being used.

You may remember that Scott Walker clone, Governor John Kasich of Ohio, has recently recommended that Ohio public lands - including parks - be opened up for oil and gas development, including fracking.

Fracking is already taking place in Wisconsin, with many urging a hold until more is known about consequences. Those of us who use natural gas for heating, cooking and/or transportation should know what are the real costs, environmental and human, of this "clean" fuel.

Please attend and drag your friends to this FREE screening. This is important!

"The largest domestic natural gas drilling boom in history has swept across the United States. The Halliburton-developed drilling technology of 'fracking' or hydraulic fracturing has unlocked a 'Saudia Arabia of natural gas' just beneath us. But is fracking safe? When filmmaker Josh Fox is asked to lease his land for drilling, he embarks on a cross-country odyssey uncovering a trail of secrets, lies and contamination. A recently drilled nearby Pennsylvania town reports that residents are able to light their drinking water on fire. This is just one of the many absurd and astonishing revelations of a new country called GASLAND. Part verite travelogue, part expose, part mystery, part bluegrass banjo meltdown, part showdown."

JD has laid out a clear five point plan for progressives to fight back (I've added a few, so now it's the 7.5 point plan!):
1. Elect Kloppenburg - check (we hope) If you can help observe the recount, please call Julie at 920 904-2005.
2a. File recall signatures against Kapanke - check
2b. Help with other recall efforts if you can
3. Get Steve Doyle elected to the 94th Assembly seat. - in progress! Contact Laura Hundt to volunteer (608 345-2372) Verrrry important, because the big (rotten) guns will be out in this one!
4. Attend BUDGET HEARINGS (see below)
5. Elect an intelligent caring human being (not a heartless, brainless Walker robot)
6. Recall Scott Walker later this year (have you registered yet to help with this effort? Do it, NOW!)
7. Flip the Assembly in November 2012
7.5 Pledge to sponsor (educate, help register and bring to polls) FIVE NEW VOTERS starting with the Kapanke recall this summer.
Budget Hearings planned
The Joint Finance Committee has announced only four three hearings in pretty out of the way places. The closest to us has been cancelled (Arcadia on Wednesday, April 13).
The legislative Dems are holding more hearings around the state. In La Crosse, on April 25 from 1 to 7 p.m. in UW-L's Cartwright Center.
You can go and just register and/or you can speak. You may also bring written comments for the committee (if you can, bring 20 copies).
See a summary and read the full budget here.
Posted by Cathy Van Maren at Wednesday, April 06, 2011 No comments:

Maybe I'm wrong, but I think all these pundits saying 20% turnout is the best we can hope for on Tuesday are totally not getting it. I mean 100,000 people turning out on a cold wet day to protest was not peanuts. DemocracyNow said it was the largest protest EVER in our state.

I think there will be a huge turnout on Tuesday and that Prosser will go down down down. I think this is the start of people paying attention. But maybe I am living in a bubble. After all, in my first political campaign (canvassing for McGovern in '72) I was convinced that my candidate could not lose! Hahahahaha. 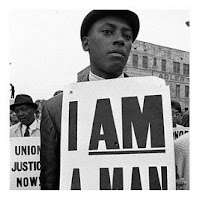 The signatures are in, but there's lots more to do.