Many communities are beginning to work out their budgets for the coming year. Budgets are where say meets do.

Sometimes it's hard to know what is being considered and when and where the public may provide input. You almost need to sit, like a polar bear (back in the normal times) waiting patiently by an air hole, for something to pop up on legistar,  one of the least user friendly sites in the world (every step, a new. pdf download) or squint through the tiny print in the Public Notices section of the newspaper (if Captchas and ads and paywall polls don't knock you out first.)

Agendas are often not listed until the last minute. Titles of resolutions don't always make sense. Public hearings are sometimes scheduled in the middle of a work day morning with no clear path for feedback if you can't attend a meeting. There's always email, I guess.

There are a few opportunities we know of coming up for public comment. Not all of these are specifically about budgets, but in a way, all of them are about budgets. Please attend or participate if you can, or at least check out the issues and call or email council and or board reps to weigh in. (We will gladly post more if you know of others.)

For City of La Crosse, here's the page to keep your eye on.

At 6 p.m. on Tuesday, July 30, the La Crosse Judiciary & Administration Committee, will discuss 19-0906, AN ORDINANCE to create Division 6 of Ch. 115, Art. VII of the Code of  Ordinances of the City of La Crosse regarding Solar Energy Systems. It appears this is an effort to make it easier for individuals, businesses, and other entities to put solar panels on their properties. Thus is a needed step in the live to turn from fossil fuels. If you can attend to show support for this ordinance, please do. You don't need to speak, just register in support. The meeting will be in the council chambers, City Hall.

At that same meeting, a permit for demolishing existing buildings for yet more parking lots will be considered. How does this fit into our sustainable future where we need to make it harder, not easier, to keep driving individual fossil fueled vehicles and expecting storage at every possible stop. Plus there is the issue of embodied carbon.

The public transportation system we have now has very limited routes and schedules compared to the current needs of workers, students, those who don't or can't own and drive cars, and those who prefer the lower carbon footprint of public transportation. One of the biggest gaps is in MTU service between La Crosse and Onalaska (the #9) which stops at Gundersen Onalaska, Woodmans, the DOT office, Mayo Onalaska, Center 90, and Onalaska City Hall among others. The #9 only runs hourly for few hours on week days and the schedule has a big three hour hole right in the middle of the day.  The service was better a few years ago before the budget was cut, an equivalent of about sixty cents per family per year by some estimates.

If you would improved service and have a story to tell (you have trouble getting to Ona Mayo appointments, you can't work at thd Ona Y because thr bus doesn't go there, your elderly relative has to get a ride everywhere because of bad bus service, or whatever), please go to the Onalaska City Council's Utilities committee meeting at 7 pm on Wednesday, August 7 at Onalaska City Hall.

An ongoing campaign by Citizen Action Wisconsin is encouraging people to contact their electricity provider soon and tell them to apply to be part of the USDA's Rural Energy Savings Program (RESP) which makes loans to energy providers like electric co-ops who in turn provide affordable, long term loans to energy users for energy saving upgrades - everything from caulking andvinsulating to replacing appliances, installing renewable energy systems, replacing inefficient equipment, and more. This one is a relatively easy action since CA has created an online petition. Read more about it, and about CA's plan to organize in our area, at their website.

On September 4, the Department of Ag, Trade, and Consumer Protection will hold a public hearing in Onalaska on updating CAFO siting rules, something that is drastically overdue. The hearing will be at Stoney Creek Hotel, 3060 South Kinney Coulee Drive in Onalaska from 1 to 4 p.m. and from 5 to 8 p.m. You may also comment online or via mail or email. Get all the info and details at tinyurl.com/atcp51update 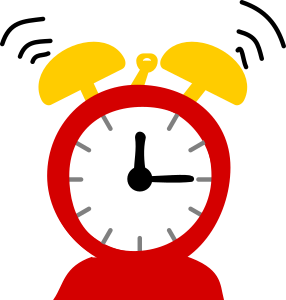 Friday - Fridays for Future La Crosse weekly vigil at City Hall any time 10 am to 1 pm (bring your signs!)

When was the last time you saw a news item on local TV news about the climate crisis? If you answered, "Just about NEVER!" you are CORRECT! Why is that?

We can learn the name and life story of every student athlete signing for a college scholarship, the details and background of every cat locked in a moving van or water skiing squirrel, the schedule of every local party, but we get not a peep about the latest report that the Earth's oceans may be nearing their carbon saturation point, or that a new study estimates 120 million will be pushed into poverty by climate change or that Alaska is burning?

We need to make more noise about the climate crisis, from attending public events and connecting with other activists to calling the media and asking why they are not covering the most important story of all time.

Please. The time for changing a bulb and sending a check and buying a gasoline powered car that gets 50 mpg instead of 30 mpg and then being done with it is over. We all need to take our concern to the next level. What will you do?
Posted by cathy at Monday, July 15, 2019 No comments:

A victory, a vigil 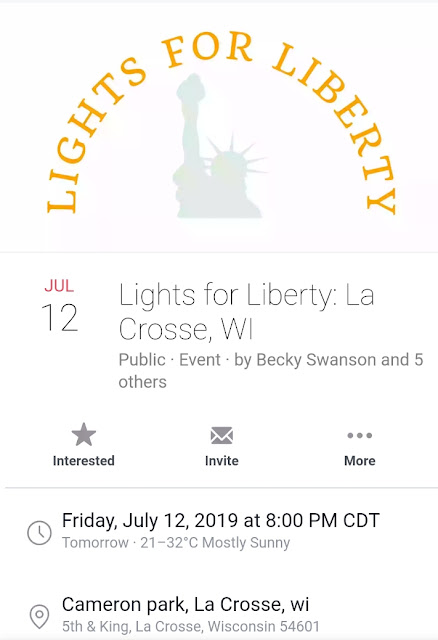 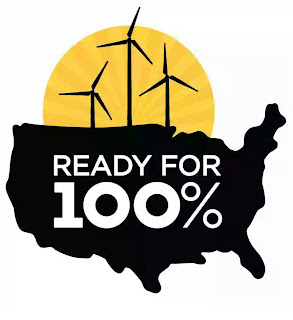 The Ready for 100 resolution pledging the city of La Crosse to achieving zero carbon emissions and all energy from 100% renewable sources by 2050 or sooner will be before the City Council TONIGHT, July 11 at 6 p.m. The meeting will be held in the council chambers on the main floor of City Hall.
If you would like to attend and register in support of the resolution, please arrive before 6 p.m. when registration ends. Register in support of resolution #19-0471. There's no speaking tonight. We just want to have as many as possible there to show support.

The resolution will be part of a "consent agenda" of several items that have been recommended for approval by council committees. There are other items on the agenda before this, so if you wish to stay for the vote, be prepared to wait a bit.

We hope to introduce similar legislation at the county level next.

Milkwaukee city and county are poised to adopt 100% renewable legislation soon, too.
If you have any questions, please email us or call or text  608 315-2693.

If it passes on July 11, La Crosse will join more than 100 towns, cities, counties, and states moving forward with plans to improve the health, environment, and economies of their communities. Chicago has pledged 100% renewables. Puerto Rico has pledged. The state of Washington has pledged. Orange County, NC has pledged.

Our mayor has already pledged his support.

In fact some communities have already achieved 100% renewable goals including Georgetown, TX and Aspen, CO, Burlington, VT and Rockport, MO.

There are many reasons this is a good and needed plan. Xcel Energy has already committed to carbon zero and is adding renewables to its portfolio, in part because of consumer pressure and in part because of economics. Renewable electricity generation is cheaper than fossil fuels. Moving our whole state to in-state generated renewable energy would boost our economy by billions of dollars.

A renewable carbon free future is expected to help rural economies, too, with "dual use" solar agriculture and carbon sequestration through regenerative agriculture.

In the end, economics and public pressure will make change happen no matter what. Pledging and planning now will allow communities to start saving money on reliable renewable energy and stop wasting money on old systems and inefficient plans while the transition is occurring. 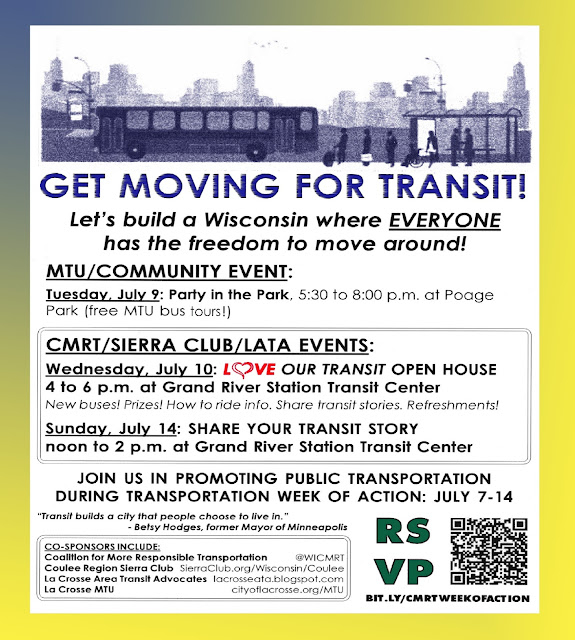 Use the graphic above for online. Print and post .pdf flyer at this link.
Posted by cathy at Saturday, July 06, 2019 No comments: 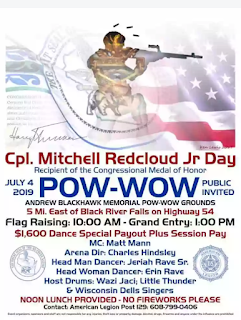