Your attention and interest and action are requested for several important RAIL SAFETY items coming up this week and in the near future. If you're not up for a day's worth of reading, please skip to ACTION ITEMS below!

As you may know, the La Crosse city council has been negotiating with BNSF about a proposed second rail line BNSF is determined to build through part of La Crosse. No one knows who owns the land the city has been using for the past several decades near the public golf course impacted by BNSF's plans. BNSF has recently offered to pay for several enhancements and improvements, safety training, and other items in return for the city's unconditional acceptance of the second rail.

The second rail is an issue because volatile Bakken crude oil by rail shipments have increased 4000% over the last five years are are predicted to continue to increase, pushing out passenger rail, crop by rail, food by rail and any other thing by rail. Keep in mind that climate activists have determined that at least 80% of fossil fuels must remain in the ground if our climate is to remain within the band to sustain human life on earth.

Several citizens, including the group CARS (Citizens Acting for Rail Safety) attending the September 12 city council meeting requesting to speak on this issue. The council made citizens wait for more than one hour while they held a closed session about Don Weber development issues. When the council returned from its closed session, they then spent another many minutes debating whether or not to hold a public hearing.

[A little background - a couple of years ago, the city council tried to change its rules to end the possibility of public hearings before the full council. Several of us spoke up about this and in the end the council decided not to change. However in spring, they did reorganize to eventually bring city council seats in line with the county board and during that reorganization they did reduce the possibility for citizen input before the full council. However, their rules (see XV) provide that if at least half of council members voting agree to hold a public hearing, there will be one.]

Ok, I have to call out council member Bob Seaquist as the Imperious Twit of the Evening prize winner. You can watch him here (starting at 25:25). He said that citizens had ample opportunity to speak before city committees about this issue (FALSE) and that by not appearing there, they'd lost their chance for input. Boo! If you are in Seaquist's district, I urge you to let him know what you think of this attitude.

Public hearing held. BNSF said the same things over and over. Safety, jobs, safety, jobs, blah, blah, blah. Some citizens were allowed to speak: not enough notice to citizens about city agendas and city business, property values will decline if a second rail is built, the city should wait until the Army Corps of Engineers decides on holding a hearing about the proposed rail through La Crosse's very sensitive wetlands. The city should negotiate harder - other communities have secured promises of much lower speeds. The city should provide opportunities for the public to speak to the council. The city should tell citizens who owns the land in question.

The end result is that action was delayed and the city will have a special meeting just for this issue at some point in the future, though whether or not there will be a public hearing is in question. In fact, a proposal to hold a public hearing on this issue was not approved by the council.

Also, Transportation Secretary Anthony Foxx will be at US Representative Ron Kind's annual Corn Roast (6 to 9 p.m. at the West Salem fairgrounds. Bring a couple of non perishables for area food pantries). If you can attend, please do so Sec. Foxx knows how many people are concerned about this issue.

And, you do know that new (and ineadequate) rules have been proposed regarding rail car standards and procedures "high-risk flammable trains" and that you can comment on these rules? Read more about it here.

So, finally, ACTION ITEMS:
> Contact your city council representative and request a citywide, council wide public hearing on the rail safety issues. Demand that all city dealings with BNSF be held in the open and with enough notice for substantial public input.

> Comment by September 30 on the proposed rules for enhanced tank car standards and operational controls for high-hazard flammable trains.

I don't know what more needs to be done to convince people that a major disaster is unfolding before our eyhes. I told a friend, maybe we should run ads of the Koch brothers beheading the Earth (that's, after all, what's happening) and then people might take fossil fuel driven climate change seriously.

We went to a screening of Disruption the other night at UW-L. The film was free. There were no more than forty people there, mostly students and mostly students who are already in the student environmental movement. Where were the other students? The ones whose lives and world will be forever changed by what we do now and in the next twenty to thirty years?

I had looked into showing a film called The Wisdom to Survive: Climate Change, Capitalism and Community. But I wonder who will come to it and who should come to it? Maybe we will host a screening near the end of October or early November.

I just read an article about the desperate search for Alberta tar sands producers to find new ways to export that poison. The title alone makes you want to cry, "If all else fails, let's go north."

Meanwhile, while the Democrats are nothing to be proud of, Republican control of the Senate, predicted for this midterm election by several polling institutions, would all but guarantee that we will get nowhere even faster on the climate change fight.

So, my plan to use less electricity and drive fewer miles this year is proceeding apace, but I don't know that it'll make one whit of difference in the hell we are creating for our children.

Oh, yes, and Republican appeals court justices are idiots, too.
Posted by Cathy Van Maren at Thursday, September 18, 2014 No comments:

Have they no shame? 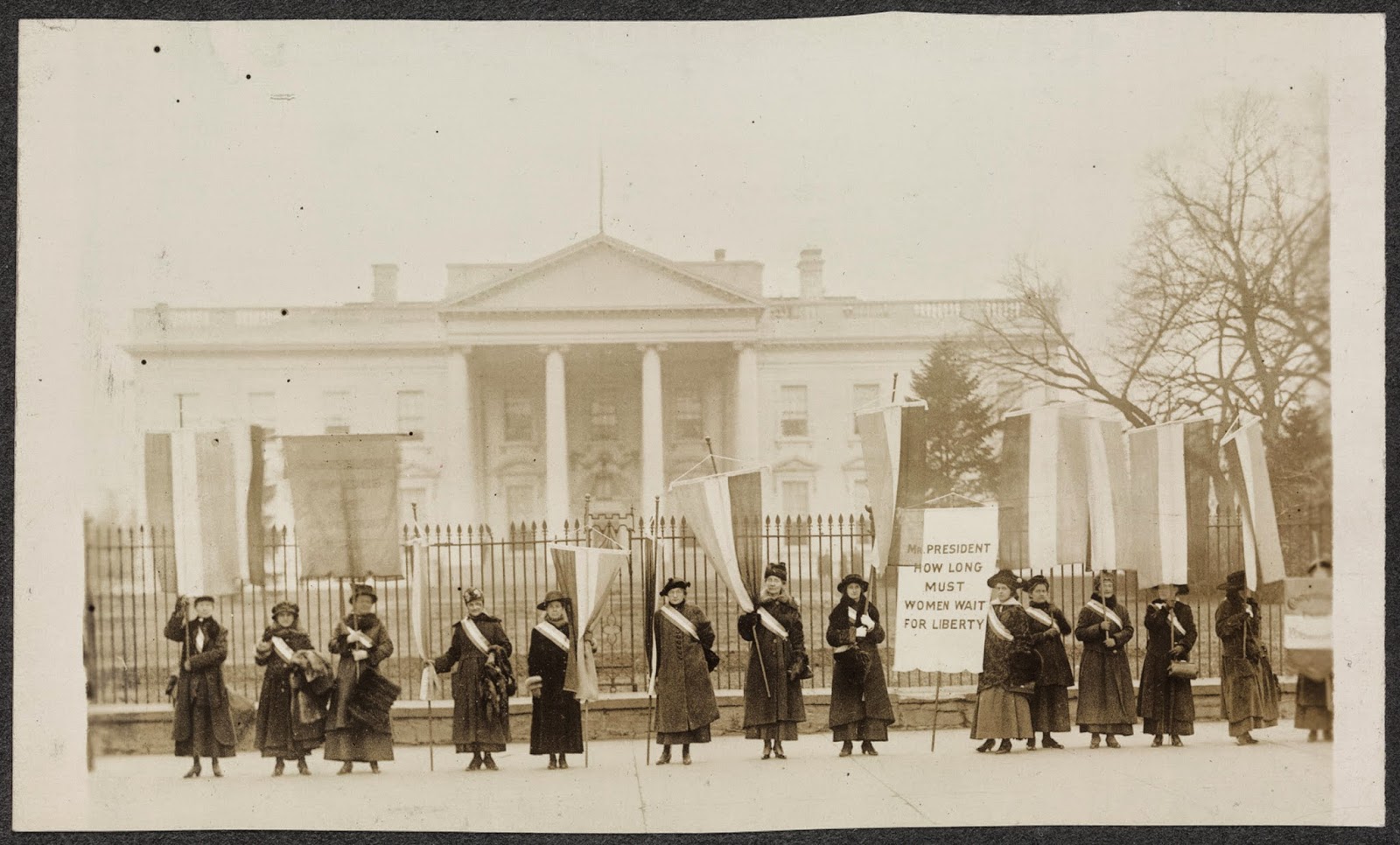 The Republican machine is rolling along with its efforts to suppress and disenfranchise voters by any means necessary. Today, a three (Republican) judge federal appeals court panel reinstated Wisconsin's silly voter ID law less than two months from the November 4 election and after more than 11,000 absentee ballots have already mailed out without voter ID instructions required by their ruling.

Here is a very good article about it. Please do not throw up on your keyboard.

Are you a member of the Wisconsin ACLU yet? What about the League of Women Voters? Do it now because we hope and pray that they and the others involved in this suit will appeal this decision.

What kind of people can't get a valid voter ID? Plenty.
Posted by Cathy Van Maren at Friday, September 12, 2014 No comments: 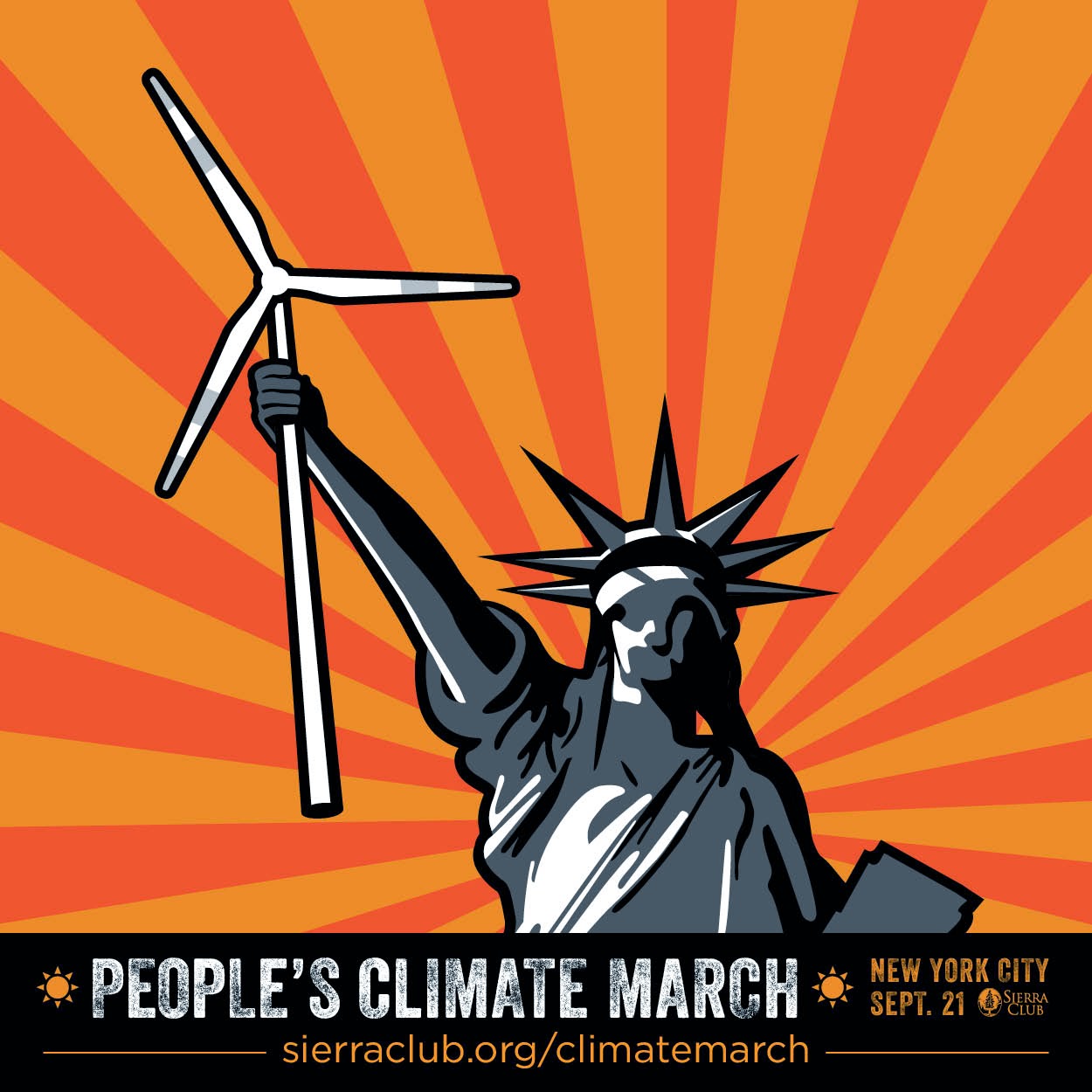 We are burning up. New data, studies, predictions, and observations show that we are heading for the climate cliff.

On September 21, a large People's Climate March will be held in New York City. Buses are traveling from Minneapolis through Eau Claire and Madison. If you're interested, check here. You may also be interested in taking Amtrak (though you will need to leave at least a day early to account for scheduling difficulties caused by OIL TRAINS!)

If you can't make it to New York on the 21st, consider attending the not-yet-finalized LA CROSSE PEOPLE'S CLIMATE RALLY. Details will be available next week.

And in the meantime, it's time to act. We need to stop dirty fossil fuels, we need to demand a new renewable energy future. We need to use less energy, find new, less polluting ways to travel, and get serious about reducing our individual and community climate footprints.
Posted by Cathy Van Maren at Tuesday, September 09, 2014 No comments: