The revolution comes around again 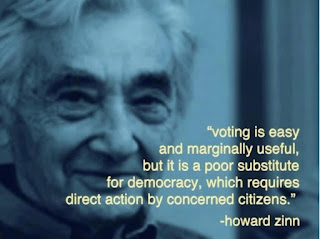 Reminder - tonight is the Bernie Revolution live stream event. You can join the Vernon County Dems for a group watch party in Viroqua starting at 7:30 p.m. or you can stream it yourself. The local feed begins at 8 p.m.

Congratulations to the folks of the Save Memorial Pool group. They have taken the preservation of their neighborhood seriously and worked on their (and all La Crosse residents') behalf to make sure this historic landmark of a neighborhood anchor will not go gently. They have kept people informed about what's happening, have organized informational events, have challenged bad information, even hired their own consultant, and overall have been the very highest example of positive community action. If you haven't already connected with this exemplary effort, please do because the struggle isn't over. If you want to help right now, please contact planning commission members and tell them to budget for a new memorial pool in 2017.

Taking part in a recent SMP letter writing campaign, I learned from a City employee that they have spent $150,000 on this pool over the years. Consider that the pool is more than 80 years old and has served countless thousands of area residents (who have always paid admission to use the pool), has provided a stable anchor for the neighborhood, helped area businesses, and served as an example of the foresight of our depression era ancestors. Also, consider that the city routinely budgets MILLIONS of dollars (most recently $15 million) to build, maintain, and add onto parking ramps that serve mostly people who live out of town.

Do you know about the Showdown at Standing Rock? It's not a new western movie, it's a real live, life or death struggle going on right now near the Standing Rock Souix Tribe's home in North Dakota where a giant Bakken oil pipeline (similar to the stopped Keystone XL) is under construction. Why haven't we heard about this on the news? We know more about Ryan Lochte's drinking habits than about a growing people's resistance to more fossil fuels, more environmental degradation, more ignoring people for corporate profit.

Thank goodness for Democracy Now! and other alternative media. Maybe those network stations need to hear from the people about what WE think is important to cover. Email or call their corporate offices and demand coverage. And consider contacting local television stations demanding that THEY cover this issue. It affects all of us.