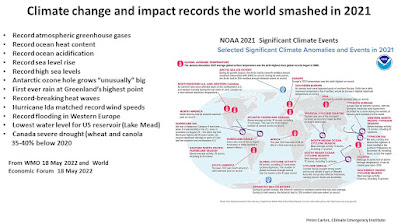 There will be a public hearing for a resolution declaring a climate emergency, committing to policies opposing fossil fuel expansion and accelerating the clean energy transition, and endorsing the call for a global fossil fuel non-proliferation treaty.
The City of La Crosse Climate Action Plan Steering Committee has recommended adoption of this resolution.
Please speak up to support this resolution at the Judiciary and Administration Committee Meeting on Tuesday, May 31 at 6:00 p.m.
If you attend in person (City Hall Eagle Room - Council Chambers), you will be able to register to speak in favor of the resolution or just register in favor but not speak. You may also attend virtually using the link shown below, BUT you will only be able to "speak" by typing comments in the chat which may or may not be seen by all committee members.
Whether or not you attend, please email comments in support of the resolution to cityclerk@cityoflacrosse.org and cc: zzcouncilmembers@cityoflacrosse.org. You may also deliver comments to the City Clerk by using the drop box outside of City Hall or by mail: City Clerk, 400 La Crosse Street, La Crosse WI 54601

The EPA's biggest union is asking the Biden administration to declare a climate emergency as promised initiatives have withered away under the Republican and some Democrats' obstruction. The lack of urgency by this administration has led several groups to demand more resources for climate programs. Commentators have noted the disparity in war spending vs climate action in recent budgets. David Wallace-Wells recently counted the true, tragic cost of climate inaction.

Climate scientist and activist Peter Kalmus has come to the conclusion that, "It’s up to the leaders of the world to stand up to [the fossil fuel industry] and to say: 'A livable planet is more important than your profits. We are not going to allow this process of delay to continue.' What worries me is that, in this critical year between Cop26 and Cop27, every signal that we’re getting from world leaders is that fossil fuels will continue to expand.

"President Biden is begging OPEC to expand production. He’s opening new lands for drilling in the Gulf of Mexico and public lands of the US. Right now, what I’m seeing from world leaders, including Biden, is that they’re using the bully pulpit of their position to urge the expansion of fossil fuels. They’ve completely stopped talking about taking climate action."

We can take action. We can demand action. Declare a climate emergency.