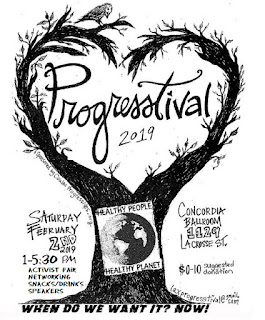 Thank you for attending this year's Progresstival! 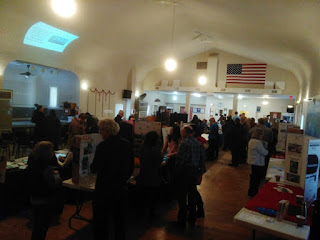 Thank you Jules Coffee House and Peoples Food Co-op for beverage and food donations! Thank you to the Concordia for their great space. Thank you Peter for transporting last minute stuff. And thanks to our volunteer organizers: Avery, Beth, Cathy, Kathy, Kevin, Mark, Object, and RoZ.

If you think more folks should participate next year, please consider being a volunteer organizer next fall!

Our home grown speakers were Dr. Mark Neumann, MD, a pediatician at Gundersen Health  System who heads the Medicare for All WI 3rd CD initiatve and Kathy Allen, a Natural Resources specialist and vice chair of the Coulee Region Sierra Club leading the local Ready for 100 initiative.

Your donations helped us pay for space rent plus some food and copying.

Here is a list of the participating groups, their missions, accomplishments of the past year, and goals for 2019!

7 Rivers LGBTQ Connection (Unable to Attend)
Mission: to be a voice and presence promoting understanding and building connections regarding sexual orientation and gender identity.

Mission: to defend and preserve the individual rights and liberties that the Constitution and laws of the United States guarantee everyone in this country.

Blue Jean Nation
Mission: We are commoners working to get regular people in the driver's seat of our government.

Blue Jean Nation was powered back up in 2018 after a brief hiatus during Mike McCabe's run for governor.The group's three aims for 2019 and beyond include: a) changing how we talk to each other so we can overcome growing divisions on the highly polarized political landscape, b) equipping citizens to be involved in a people-powered democracy so that the direction of our country is decided by the many, not the money, and c) challenging the political establishment to change its ways. 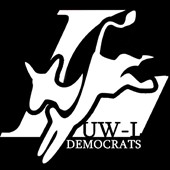 Their biggest accomplishment last year was Tony Evers overwhelmingly winning the vote on campus.Their main goal for 2019 is to grow their membership and create connections with other organizations on campus in anticipation of the 2020 Presidential Election.

Commoner Call
Mission: to bring attention to news, opinion and history too often ignored by the mainstream media. They publish original stories, columns, political cartoons, editorial illustrations and photos for use by progressive groups and activists.

Coulee Region Sierra Club
After more than 100 years our goals continue to be to bring people together to defend our natural resources and everyone’s right to enjoy them.

Read our 2018 achievements in our January newsletter

In 2019, we'll focus on moving our communities to 100% renewable energy, improving equitable and accessible public transportation, and working with other to ensure access to clean water and a protected environment.

Democratic Socialists of America
Mission: to shape a world in which working people run both the economy and society democratically to meet human needs, not to make profits for a few.

The national Democratic Socialists of America organization reached over 55,000 dues-paying members, and elected two members to Congress, and many other members to other political office.

The main goal for 2019 is to continue building the movement for Medicare for All, support labor unions, and elect Socialists to political office. 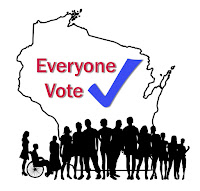 The Driftless Voter Coalition is a nonpartisan coalition of groups and individuals dedicated to educating, motivating, and mobilizing voters to the polls. We work to increase civic engagement by organizing voter registration efforts, Get Out The Vote actions, and voter education events.

In 2019, we'll continue educating voters on the benefits of nonpartisan redistricting by advocating to pass the April 2nd Fair Maps Advisory Referendum in La Crosse and Vernon Counties.

Friends of the Blufflands 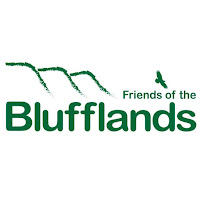 Mission: to promote sound conservation practices in the Coulee Region blufflands and to be a voice for a wide variety of blufflands users who value the area blufflands for the animal and plant habitat they provide, for the natural beauty they provide for residents and visitors to the area, for the outdoor nature study and recreation opportunities that they provide, and the values green space provides to local communities and their residents.

The group plans on continued improvement efforts for habitat, recreation, and education in Coulee Region blufflands.

GROW La Crosse had over 6000 visits to their school gardens and farm camp.

GROW would like to build an edible schoolyard in the front of Hamilton and SOTA I school.

LATA was founded in late 2018 and hosted a meet & greet with local transit professionals and helped out at the Novemb MTU Open House.

In 2019, LATA volunteers will advocate for local transportation systems, help people learn to ride the bus, and talk at schools, workplaces, and neighborhood groups about the benefits of public transportation.

Mission: to have revenue-neutral carbon fee and dividend legislation enacted by Congress as soon as possible.

CCL worked with both the House and Senate to have energy innovation and carbon dividend bills introduced in 2018.

CCL's goal in 2019 will continue to be having Congress pass legislation putting a progressive fee on greenhouse gas emissions and returning the funds collected to Americans. 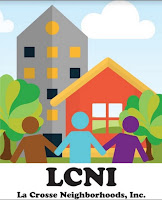 La Crosse Neighborhoods, Inc.
Mission: to advocate for initiatives and programs that proteIn ct, preserve and improve all of the neighborhoods in the La Crosse area for all of the residents.

La Crosse United to Amend
Mission: to restore our representative democracy by minimizing the corruptive influence that money has on our political process and by overturning Citizens United and related Supreme Court decisions so we may reclaim the liberties and privileges guaranteed in the U.S. Constitution for real people.

In 2018, we successfully petitioned the La Crosse City Council to include a resolution as a referendum question on the April 3, 2018 ballot about whether the voter would support an amendment to the Constitution stating that only human beings are endowed with constitutional rights and that money is not speech.The citizens approved this resolution by 88%

In 2019, we will work to pass these resolutions in the all the municipalities in the Wisconsin in order to convince our legislators to join the many other states who have passed state resolutions.

Mission: to encourage informed and active participation in government, work to increase understanding of major public policy issues, and influence public policy through education and advocacy.

The LWV worked to train volunteers in the Wisconsin online voter registration process and register almost 1000 voters in the region.

We will advocate for successful passage of the April 2 "Fair Maps" citizen advisory referendum in La Crosse and Vernon Counties.

Our Wisconsin Revolution
Mission: is to restore and promote Democracy in Wisconsin.

OWR hosted Fighting Bob Fest in La Crosse for the 2nd year in a row, and also held one of the first gubernatorial debates for the Democratic field of candidates.

Statewide, our goal is diverse and mainly focused on promoting democracy, but locally we are working on an initiative to get Automatic Voter Registration passed as state law.

Mission: to reduce recidivism by increasing access to education and employment opportunities.

Project PROVEN assisted over 200 participants in La Crosse, Trempealeau, and Monroe Counties prepare for transition to the community by providing case management, education, and employment training in the jail.

Our goal for 2019 is to continue to improve services for participants, increase the number of people who transition from the jail to campus, and increase the retention of participants both in employment and at the college.

Mission: to call in white people, in particular, to promote local education and awareness on racial injustice, build accountable relationships with local people of color-led organizations, and engage in direct solidarity action supporting people of color in our community.

Last year SURJ created the SURJ Endowment, a new educational fund that supports the re-entry of formerly incarcerated people of color into the community, and a citywide resolution to celebrate Indigenous Peoples' Day instead of Columbus Day.

In 2019, SURJ will pursue bail reform and equity in the La Crosse schools, along with reading groups and other events to raise awareness of racial injustice.

Unitarian Universalist Fellowship of La Crosse
Mission: A liberal faith community that nurtures and empowers one another through social justice work and independent spiritual development.

The organization hosted four separate voter registration events, including speakers and entertainment, in coordination with the Everyone Votes effort in Fall 2018 prior to the election.

They plan to continue to offer a welcoming, vibrant, impactful fellowship for people of every faith or orientation.

The Wisconsin Bike Fed worked with a coalition of advocates to pass, in October 2018, Complete Streets Milwaukee which will increase safety and mobility and help curb reckless driving.

WBF will focus on working with other active transportation networks to make some legislative changes including restoring Transportation Alternative Programs Fund (presently 50% of funds are diverted from bicycle and pedestrian projects and given to highway projects), updating the EBike laws to be in alignment with national laws, and asking representatives to continue supporting the Knowles Nelson Stewardship Program in the next biennial budget.

Wisconsin Conservation voters was involved in 3 major elections in 2018--two special senate elections and the gubernatorial election--and had a role in electing conservation champions to our legislature, state treasurer's office, justice department, and the governor's mansion.

Our goal in 2019 is to work with local governments and the Evers administration to pass proactive policies to protect clean water, to move the clean energy movement forward, and to defend voter rights.

Mission: to raise awareness of the militarism in our world and to encourage people to work for peace.
The main accomplishment of Women in Black this past year has been to hold regular (usually weekly) peace vigils downtown and on the UWL campus.

The group hopes to continue to bear witness for peace and to have others join them.