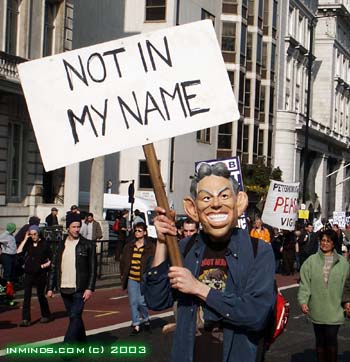 On May 30, four people were ticketed for trespassing at Ron Kind's office. We went there with a Code Pink woman who is touring the country, targeting the 59 Democrats who voted for $100 billion more for the war. Ron Kind is one of those Democrats.

After talking with the office staffers for about an hour, the young women were determined to stay and be on record as citizens for peace. I actually suggested leaving, but they insisted on taking their stand, so I joined them along with Gail Vaughn.

These two 12 year old girls were willing to risk going to juvenile detention. This is the second time they sat in on a dialog with the office staff (the first time they left before tickets were issued). They say they are willing to return.

Our first court appearance is June 26, at which time we will plead "not guilty". We will then have a trial by jury in the city court, then go to a trial in the circuit court.

A continuing "occupation" of Kind's office would help alert Ron to the reality that We the People are against the war. The logic for continued funding of the illegal and immoral war presented by the staffers to explain Ron's position was baffling at best, a Republican spin at worst. The Orwellian undertones were most disturbing. And as I have mentioned before, Ron has articulated the lies told by Bush to start the war and Ron specifically stated that the war would not be won in the battlefield, but rather with negotiation...and then he votes for $100 billion more insanity and destruction.

Please keep calling him and consider sitting in with us next time.