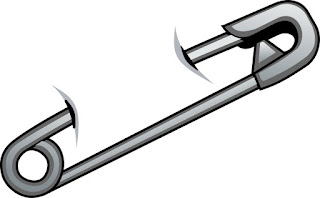 Last week, several of us attended a local conference on community resiliency. While the focus of the conference was a little broad (it began with a sustainability slant but seemed to end as more of a disaster preparedness workshop), organizers invited participants to imagine challenges that would threaten a family's, community's and country's resilience.

All manner of threats were listed from exploding oil trains to severe weather events, but, aside from a joke made at one of the round tables, I don't think anyone actually expected a real life Zombie Apocalypse to be the most imminent threat to our community.

As Donald Trump's administration begins to take shape (even as the Clinton popular vote lead continues to grow) it appears to resurrect the ultimate Greatest Hits of the very worst villains from the past thirty years.

If that weren't bad enough, many hate group watchdogs are pointing out that Trump's advisors will include many with strong ties to white supremacist and neo-Nazi groups. "President-elect Donald Trump's decision to appoint Stephen Bannon as his chief strategist in the White House has drawn a sharp rebuke from political strategists who see in Bannon a controversial figure too closely associated with the “alt-right” movement, which white nationalists have embraced."

The bad news goes on and on. And, unlike the Brits who have a last minute chance to pull out of their rash Brexit vote, unless something very unusual happens between now and the certification of the electoral college vote in January, we are going to need to shore up our resilience.

Resilience: ability to recover from or adjust easily to misfortune or change

For a community, to me, this means having duplicate or backup systems in case of disruption (food, transportation, health care, education, etc). It means having plans to protect and care for the most vulnerable among us and watching out for and stopping, blocking, or removing continuing or new threats.

So, how can we prepare for the coming Trumpstorm? With an even stronger Republican fist around the throat of our state government, what systems are likely to be at risk? Public education? Transportation? Health insurance? What can we do to build parallel systems that are not dependent upon unreliable ideologues looking to win in a contest to slash the social "safety net?"

Who are are vulnerable populations? With the rise in hate crimes against everyone who is not white, straight, and male, how can we all come together to ensure the safety of everyone in our community? How will we respond to incidents of hate speech (obviously, these have not just magically started happening with the election or even the candidacy of Donald Trump) or worse? Some have suggested wearing a safety pin, following the lead of anti-Brexit Brits who want people to know they stand against racism and hate.

The Southern Poverty Law Center (if you are not a member, why not!?) has published a guide we all should brush up on: Ten Ways to Fight Hate: A Community Response Guide. And the ACLU (again - member? if not, why?) is ready to fight a rights-busting Trump administration at every turn.

During last night's 60 Minutes interview, Donald Trump seemed surprised that his candidacy and election seem to have sparked an explosion of harassment, threats, and violence. He told people to stop. Not very convincing.

I think we need to continue pressing for every Trump supporter, including the two rich guys in La Crosse (who owe some of their success to taxpayer subsidies) who have donated to and raised money for Trump, to repudiate all acts of hate, racism, and violence done by Trump supporters.

There's more. What are your thoughts and ideas? Come to the potluck on Thursday. Let's talk.

But really, join those groups, wear a pin, work with others to make sure we are all safe, don't let the bullies win.