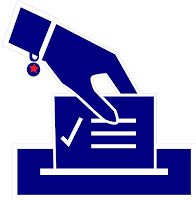 La Crosse United to Amend (the local arm of Wisconsin Ready to Amend) plans to petition the City of La Crosse to put to referendum a resolution for the "We the People Amendment" on the April 2018 ballot. The referendum calls for an amendment to the U.S. Constitution which affirms that:

The group will need to collect 3,800 signatures in a 60 day period. They plan to begin on September 4 and finish on November 3. When the petitions have been certified, the La Crosse City Council will need to approve the resolution for referendum. Already, according to Wisconsin Ready to Amend, more than 730 communities across the U.S. have already passed resolutions calling for a constitutional amendment, including over 105 governments in Wisconsin and 19 state legislatures.

In March, the group will educate and energize voters to approve the referendum.

If you are interested in helping with this effort and did not receive an email from the organizers, please take the doodle poll BY JULY 6 to help find the best date for the next meeting. If you have trouble with the poll, please email the organizers for assistance.

Why is this so important? The Guardian (UK) reports that the Kochs are demanding action from their bought and paid for minions. Open Secrets details how the wealthiest Americans are also top political donors. The Wisconsin Democracy Campaign has many articles showing how wealthy crony corporations and contributors get what they want by donating to the right people.
Posted by cathy at Saturday, July 01, 2017