While the MLK Celebration remembers and honors the legacy of Dr. Martin Luther King, Jr., the hope is to educate, inspire, and encourage the community to work together to eliminate oppression of all people. In summary, the goal with this annual FREE ADMISSION event is to influence people across communities to effect positive change for everyone in the La Crosse area. 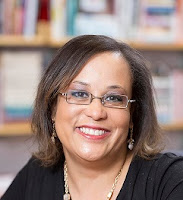 This year’s featured speaker will be Dr. Duchess Harris, PhD, JD, who will deliver a unique keynote presentation entitled the, Chaos or Community: 50 Years with Dr. Martin Luther King, Jr. Duchess Harris is Professor and Chair of the American Studies Department at Macalester College in St. Paul, MN. She is the author of five books including Hidden Human Computers: The Black Women of NASA, describing the critical contributions to the emerging space program by Black women in the pre-computer days of the 1950’s when the mathematical calculations of these “human calculators” were needed for the nation's astronauts to fly into space and return safely to Earth.

Professor Harris is the granddaughter of Miriam Daniel Mann, one of the first eleven Black women to work at NASA beginning in 1943. She is also author of Black Feminist Politics from Kennedy to Obama (Palgrave- MacMillan, 2009, 2011) and co-author of Race and Policing (2017) with Rebecca Rissman examining incidents of mistreatment or death of minorities in police custody. She is also the curator of the Duchess Harris Collection , which is a book line that produces social justice books for 3-12 graders with ABDO Publishing.

Dr. Harris is a well-known advocate for social justice in Minnesota and on the national level, having served appointments to the Minneapolis Civil Rights Commission, Governor’s Council on Black Minnesotans, and as Constituent Advocate for the late Senator Paul Wellstone. She has worked on the national level with the Congressional Black Caucus. The evening program will also include music, entertainment, and the MLK Leadership Award recognition.

Denise Christy Moss (Retired English Teacher, historian, singer and actress) is Master of Ceremonies. Recently Denise has been a participant in the Silent City Tour of Oak Grove Cemetery, portraying Lillian Davenport, another early Black early La Crosse resident. Future projects in production include a theater project for schools demonstrating lives of early African-Americans such as Zachariah Moss, and other non-white residents in early La Crosse and in Cheyenne Valley, a community nearby Hillsboro located in Vernon County. Also on the horizon is a dramatization of Martin Luther King Jr.’s life, and a musical pageant called “Masque of Bluffs and Rivers,” first performed in 1915, in which Ms. Davenport was also a participant. 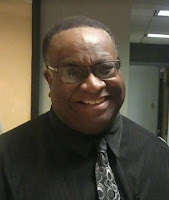 The 2018 MLK, Jr. Leadership Award will be presented that evening to our community leader and Nathaniel Coleman, Jr. Nate is a full-time La Crosse Metropolitan Transit (MTU) bus driver, and founder and director of The Good Fight Community Center, a non-profit youth development program for ages 10 - 18 years old that utilizes instruction in boxing skills as the foundation to instill self-confidence, discipline, and good decision making while simultaneously providing academic tutoring, work and life-skills coaching. He deeply epitomizes the legacy of Dr. King as a role model community leader who cares, welcomes, and generously creates opportunities for everyone he encounters.

It is Nate’s willingness to go “the extra mile” that led him to create The Good Fight Community Center (GFCC), a youth program for ages 10 - 18 years. Outfitted with a full-size boxing ring, GFCC utilizes boxing skills instruction as the foundation to instill self-confidence, discipline, and good decision-making through simultaneously providing academic tutoring, work and life-skills coaching. Opened in August 2016, GFCC has over 120 members who are growing, learning and boxing together, inspired-on by a staff of volunteers. Nate is the unpaid chief executive officer. (Nate funded the Center’s start-up himself, after a business center told him that he simply didn’t have the necessary capital to start such a project).

University of Wisconsin - La Crosse first-year student and boxer, Faith Fisher, coached by Nate, states “when I first met Coach Nate, I instantly knew that I respected him. Not only because he’s my coach but because he showed passion for the sport that he loves and compassion for the kids that he coaches. He encourages us to have the same passion and has taught me the importance of perseverance and confidence. I think everyone he has mentored, can agree that he has created a genuinely safe and accepting atmosphere and is always willing to be there for us as a coach and friend.”

Nate’s co-workers, employer, La Crosse County and other community partners, and everyone involved with GFCC recognize that the Center wouldn’t exist without Nate’s “vision, persistence, and boundless enthusiasm for helping kids.”

Nate grew up in Chicago and graduated from South Shore High School in 1985. One teacher, Larry Shapiro, stood out as “the one that didn’t let him slide.” The GFCC education programs are named after this teacher. Nate continued his education at the University of Wisconsin-Eau Claire and served as a U.S. Marine in Kuwait and Somalia. His work as a facilities manager at Fort McCoy was recognized with the Phillip A. Connelly Award for superb performance and stellar practices.

More recent and visible, Nate Coleman, has been recognized on locally on La Crosse’s WXOW – News 19 as a Jefferson Award Recipient. The Jefferson Awards, presented both locally and nationally, are a prestigious award that honors volunteers in the community. Nathaniel Coleman, Jr. deeply epitomizes the legacy of Dr. King as a role model community leader who cares, welcomes, and gives opportunity and generosity to everyone he encounters.

Nate is the proud father of three daughters, Crystal, Shauna and Tazmin.

Musical selections for this special evening will come from the Viterbo Choir and Coulee Region Gospel Choir.