Some films, talks, and podcasts for the weekend and the month. 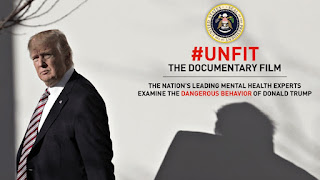 Medical doctors and mental health professionals go on camera, on the record, for the record - it's an eye-opening discussion, analysis, and science-based examination of the behavior, psyche, condition, and stability of President Donald Trump. #UNFIT also examines Trump's effect on our citizenry, culture, and institutions.

JULY 7: THE CONDOR AND THE EAGLE is a new film about how independent media initiatives can be powerful tools for indigenous rights and social and environmental justice organizing. The National Sierra Club hosts the film and talk at 6 p.m. Register to receive the link to view. Trailer here.

Challenging the isolation and impotence that many are feeling in the face of the current health and racial crises, the award-winning documentary The Condor & The Eagle and its impact campaign "No More Sacrificed Communities" bring us together in these challenging times – reminding us of our deep interconnectedness with the Earth and one another. Regarded by EcoWatch magazine as one of the "7 best new documentaries about global warming” (March 2020) that “exemplifies how independent media initiatives can be powerful tools for social and environmental justice organizing,” (June 2020) the film is breaking new ground in the distribution world, working directly with impacted communities and the organizations fighting for climate justice around the world.

Combining archival footage with testimony from activists and scholars, director Ava DuVernay's examination of the U.S. prison system looks at how the country's history of racial inequality drives the high rate of incarceration in America. This piercing, Oscar-nominated film won Best Documentary at the Emmys, the BAFTAs and the NAACP Image Awards.Rating: TV-MA For mature audiences. 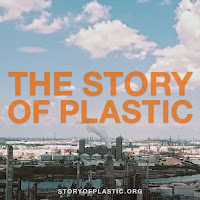 NOW THROUGH JULY 28: The Story of Plastic from the Story of Stuff Project. This screening is sponsored by the Coulee Region Sierra Club. Register for link to view any time between now and July 28. An online discussion will held on Thursday, July 30 at 7 p.m.. Trailer here.

THE STORY OF PLASTIC takes a sweeping look at the man-made crisis of plastic pollution and the worldwide effect it has on the health of our planet and the people who inhabit it. Spanning three continents, the film illustrates the ongoing catastrophe: fields full of garbage, veritable mountains of trash, rivers and seas clogged with waste, and skies choked with the poisonous emissions from plastic production and processing. Featuring interviews with experts and activists on the front lines of the fight, the film reveals the disastrous consequences of the flood of plastic smothering ecosystems and poisoning communities around the world, and the global movement that is rising up in response. 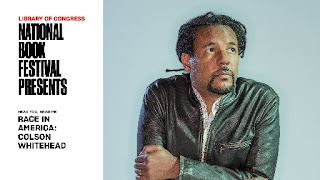 JULY 16: RACE IN AMERICA WITH COLSON WHITEHEAD will be livestreamed on the Library of Congress Facebook page and Youtube channel at 6 p.m. as part of the National Book Festival.

Librarian of Congress Carla Hayden talks to two-time Pulitzer Prize winner and National Book Festival veteran (2009, 2012, 2016 and this year) Colson Whitehead about the need for stories from our past to help us contend with the present—especially at moments of great change. 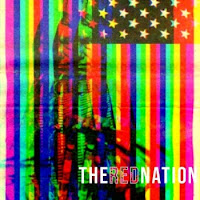 PODCAST. Intercepted - episode: Confederacy Inc.: Donald Trump, Racist Police, and the Whitewashing of History. Jeremy Scahill interviews Simon Balto, assistant professor of African American History at the University of Iowa (formerly of Chaseburg!), whose book, Occupied Territory: Policing Black Chicago from Red Summer to Black Power, tells the often deleted history of Black political organizing and rebellion in Chicago. It offers lessons on how this history speaks to the demands and struggles of the present moment. Scahill also talks with Native American historian and professor, Nick Estes, a citizen of the Lower Brule Sioux Tribe and an assistant professor of American studies at the University of New Mexico and host of The Red Nation podcast.
Posted by cathy at Friday, July 03, 2020