To do list - don't let not normal become normal 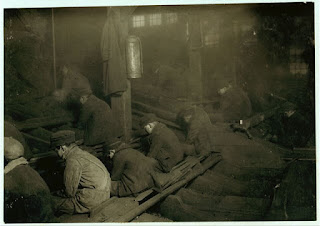 As the FBI Director confirms an ongoing investigation into potential illegal dealings between the the Donald Trump campaign and the Russian government (some MIGHT call it treason), as Donald Trump rakes in big bucks from his private deals (some might call it illegal), as Donald Trump continues to withhold tax documents (with the cooperation of Republicans), and as Trump and Republicans march forward with the Bannon "deconstruction" agenda (Make American Dickensian Again!) some Democrats continue marching along with them as if they were wearing the wrong trousers.

We have work to do.

1. Use this specific Indivisible guide page to call your Senators and demand that they NOT confirm Neil Gorsuch to the Supreme Court. Too many Democrats are still playing nice when they should be playing just say no.

2. Vote today absentee in person. Urge, encourage, and help others to vote. Vote for the candidate who are not funded by advocates of increasing voucher schools. If you can't go today, set a date and time (M-F til March 31 OR on Tuesday, April 4) and put it on your calendar.

3. Join or donate to the ACLU. Its new People Power initiative is starting with an project to provide help for individuals, communities, and local governments to protect, serve, and defend community members' (including immigrants') legal rights. Download a Know Your Rights guide, read the Nine Model Rules, study the Guide for Faith Communities, keep an eye on the calendar for local People Power meetings and actions.

4. Be prepared. As, Yale historian Timothy Snyder notes, "Americans are no wiser than the Europeans who saw democracy yield to fascism, Nazism or communism. Our one advantage is that we might learn from their experience."  (Read his 20 lessons here). This is not a normal president. This is not a normal presidency. This is not a normal politics. Don't let local media or state lawmakers or national figures make the not normal normal. Push back (like Kevin did) when racism, sexism, fundamentalism, war mongering, hate, discrimination, greed, and just plain meanness try to be business as usual. Don't succumb to blackwhite or gaslighting. Know your values. Shake others out of their fog. Connect with allies so the push back can have more impact and connections will not be broken in case of a disaster.

Again, from historian Snyder, "5. Be calm when the unthinkable arrives. When the terrorist attack comes, remember that all authoritarians at all times either await or plan such events in order to consolidate power. Think of the Reichstag fire. The sudden disaster that requires the end of the balance of power, the end of opposition parties, and so on, is the oldest trick in the Hitlerian book. Don't fall for it."