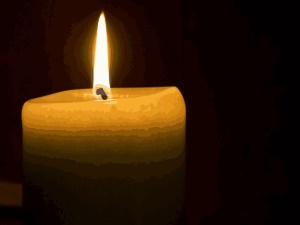 We stand with Charlottesville and all those affected by hate, prejudice, ignorance, and suffering. Every moment, we have the choice to create ripples of compassion, generosity, and love, or to fan the flames of hatred, greed, and misery. May we have the strength to choose the light.

This week is very busy. Please try to attend or participate in at least one event or action this week. If your event is not shown and you'd like to submit it, please use this form or email couleeprogressive-at-hotmail-dot-com.

Monday, 8/14
4:00 p.m. at City Hall (council chambers) - City of La Crosse Plan Committee meeting including a Public Hearing on the 2018-2022 Capital Improvement Program Budget which covers the Airport; Harbors/Docks/Waterways; Miscellaneous/Special Projects (like bike/ped infrastructure); Parks, Recreation, and Forestry Department (including Memorial Pool rebuild); Police Department; and Public Buildings. Links to budget details in agenda. Must register BEFORE 4 pm if you wish to speak.

5:00 p.m. at the Onalaska Public Library - State Senator Jennifer Shilling and State Representative Jill Billings will hold a listening session on the Governor's plan to give $3 billion of tax payer dollars to Foxconn. If you can't attend this meeting, you can complete Rep. Billings' online survey.

6:30 p.m. Green Drinks at Fayze's - There are no dues, fees, agenda, board, minutes, attendance or programs. We hope you will find a lively mixture of people with similar interest in environmental health and learn new ideas as well. A calendar of upcoming events will provide an opportunity to choose areas of interest. Pay for a drink, stay for the conversation.

6:30 p.m.  La Crosse Citizens' Climate Lobby monthly meeting at 401 West Ave. So. - online guest for August is Paul Hawken, author of  Drawdown: The Most Comprehensive Plan Ever Proposed to Reverse Global Warming. The book is based on the work of researchers from around the world who identified, researched, and modeled the 100 most substantive, existing solutions to address climate change. What was uncovered is a path forward that can roll back global warming within thirty years. It shows that humanity has the means at hand. Nothing new needs to be invented.
6:30 p.m.  Organizing meeting Hintgen Neighborhood Association at Good Shepherd Lutheran Church, Birch and Mormon Coulee Road

Wednesday, 8/16
5:30 p.m. Vernon County Dems are holding a community dinner at the Hillsboro community center with discussion focused on rural roads. The Vernon County Highway Committee and Board of Supervisors recently passed a resolution backing a gas tax to fund the state's transportation budget.

7:00 p.m.  La Crosse Area SURJ will host the  film, If These Halls Could Talk at the People's Food Co-op upstairs community room (FREE)

Thursday, 8/17
4:30 p.m.  The Sustainable La Crosse Commission will hold a meeting in the County building (7th and State) during which they will review 2016 sustainability indicators and identify sustainability actions and projects to be supported and promoted for 2018. If you've seen An Inconvenient Sequel, you know how very important this is.

5:00 p.m.  in room 1107, of the new County Admin Center (6th and State),  the La Crosse County Board Executive Committee will hear a resolution against gerrymandering in Wisconsin. If it passes, it will be introduced at the 6:00 meeting of the full board. Both meetings are open to the public. County Board member Maureen Freedland writes,

The purpose of the Resolution is to create awareness of the process that led to the federal court ruling in 2016 that Wisconsin's electoral process is unconstitutional. The case is now before the United States Supreme Court. The Resolution also calls on the state legislature to create a procedure for redistricting that is nonpartisan and transparent.

Wisconsin has frequently been cited as the most or among the most frequently skewed states in the nation in favor of the Republican Party going back 40 years, but it is also true that both parties even in Wisconsin have used their power when in the majority to draw the lines to their own favor.  For that reason, I endeavored to make the Resolution non-partisan and I have a conservative cosponsor.  Gerrymandering with its rigged election outcomes is a step to the death of representative government and harmful for all political parties.

5:00 p.m. Taste of the Kane Street Garden is a fundraiser for the Hunger Task Force. The event includes a meal, local beer and wine, a silent auction, music, and community conversations about gardening, food issues, and health. Cost is $25 per person. RSVP by calling 608-793-1002.

5:00 p.m. - Meet Chris Ott, the new Executive Director of the ACLU of Wisconsin at the the Waterfront Restaurant and Tavern, 328 Front Street South. If you are not already a member and supporter of  the ACLU, what are you waiting for!? From immigrant rights to LGBT rights to veterans, students, and everyone else's rights, the ACLU has been on the front lines for decades. Meet Chris, join (or not, but really ...), and talk about ACLU actions in Wisconsin and in our region. FREE.

Sunday, 8/20
5:00 p.m.  Vernon County Dems Picnic supper with Matt Rothschild, Executive Director of the Wisconsin Democracy Campaign (another organization you should definitely consider supporting with a donation).  It's at a local farm,E2560 Hamburg Ridge Rd, Stoddard. There will be brats, hotdogs, and other great food. $10 donation suggested.

A few things not related to the calendar.

Catastrophic climate change is upon us. It's an emergency. We have to make changes now - big changes in every community and family. What are YOU doing about it? La Crosse's mayor recently signed on to move our community to 100% renewable energy. How can you help that happen? George recommends this great Wisconsin Public Radio To the Best of our Knowledge program about Imagining Climate Change for starters.

Next, congratulations Citizen Action of Wisconsin! Their goal of 280 members for the new statewide Healthcare for All organizing co-op has been met early. You can still join this co-op. [Thought the battle to repeal Obamacare has been won for now? Think again. This article describes how plans may be afoot to appoint the DINO Joe Manchin of coal country WV to Secretary of Energy which would open the way for the newly switched (from Dem to R) WV governor to appoint a Republican replacement who would tip the anti-healthcare balance if another vote were held. It's not about serving the people for them. It's about tearing down our social infrastructure.]

And, there's a new citizen action tool for your smart phone. The League of Women Voters is one of the organizations sponsoring it. Here's what they say:

"Voices" is a mobile app that facilitate s your calls, tweets, or emails to local, state, and federal elected officials in coordination with the lobbying efforts of various advocacy groups. The  LWVWI has become one of the advocacy groups represented on the Voices app. Downloading this app to your smartphone will allow you to receive action alerts from LWVWI and to amplify your voice by joining other engaged citizens lobbying our government for action on behalf of LWV. For more information: https://tryvoices.comhttps://tryvoices.com