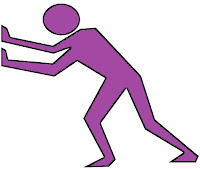 In a written decision issued on Election Day, the Jackson Co. Wis. Circuit Court, Judge Scott Horne of La Crosse presiding, ruled that the anticipatory nuisance claims of a group of private landowners against the proposed OmniTRAX frac sand facility would be allowed to proceed to trial.

In response, OmniTRAX’s lawyer immediately informed the judge that a trial would not be necessary, because in light of the court’s decision, OmniTRAX intends to abandon the project, before the first shovel has broken ground.

The Jackson Co. court’s decision in favor of the landowner plaintiffs in Ripp, et al. v. OmniTRAX follows the August 9 decision of the Wisconsin court of appeals in the case of Krueger, et al. v. AllEnergy, which concluded that Wisconsin law does recognize a claim for “anticipatory nuisance” in situations in which the harm has not yet arisen but is inevitable and certain if a planned course of conduct by a defendant is followed.

The plaintiffs in the case against OmniTRAX are three married couples who own land and live next to the area where the frac sand mine, processing facility and rail load-out facility were proposed to be constructed. They have been seeking to prevent the substantial disruption of their rural quality of life and health from the creation of a neighboring frac sand facility. They alleged in their complaint that the proposed OmniTRAX facility would create nuisance conditions, including, but not limited to toxic air pollution, water pollution, noise pollution, light pollution, ground disruption and vibration due to blasting, destruction of agricultural and forested lands and landscapes and wetlands, adverse impact on endangered species, depletion of groundwater, and loss of property values. They further alleged that siting this mine as contemplated would unreasonably interfere with the rights of these landowners to the quiet and peaceful use and enjoyment of their property rights.

More details at the memorandum decision and order denying motion to dismiss.