Get active this week! 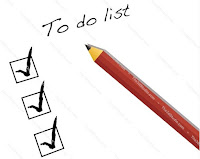 Here's what's coming up this week. Please contact us if your event is missing!

Tuesday, May 30: Informal get together for Coulee Region Sierra Club members and friends at 7 p.m. Bring a snack to share.

Thursday, June 1: Please attend the City of La Crosse Finance and Personnel Committee meeting at 7:30 p.m. in City Hall as they discuss the restoration of Memorial Pool.

Friday, June 2: Two important events in Madison. Hosted by the Havens Center for Social Justice at UW-Madison, Forward 2017 - "Understanding the Current Crisis and Building Social Justice in the Midwest" will be Friday and Saturday at Edgewood College. The lodging/meals deadline is past, but you can still register and attend workshops, discussions, speakers, and planning at this important event.

Also, the Democratic Party of Wisconsin state convention will be in Madison Friday through Saturday. You do not have to be a delegate to attend. In addition to elections for party leaders and DNC delegates, a progressive caucus is being formed.

Saturday, June 3: Habitat for Humanity is hosting a Plant Sale from 9 a.m. to 3 p.m. at the Habitat ReStore (on highway 16 between Woodman's and Veterans Memorial Park).

And, at 7:30 p.m. the Alternative Truth Project will present "PUBLIC ENEMY" (a new adaptation of "Enemy of the People") at the Cavalier Theater.

Are we missing your event? Please submit it for the calendar!

Here are a couple of other miscellaneous things to note:

As you may have heard, three guys in Portland tried to talk down a known white supremacist who was yelling threats at a woman wearing a hijab. Two of those peacemakers were killed and the third suffered life threatening injuries. He is a college student and social justice poet who works part time at a pizza place and he needs major and expensive medical treatment. Please consider donating to help him or the families of the two individuals who were killed.


If you need any further proof that Wisconsin Republicans just can't stand to let living things alone, now there is a bill that would allow nearly unlimited six month "hunting" season of the state's woodchuck (ground hog) population. More appropriate would be to call it a "killing season" since they are not particularly fast, hard to find, or hard to track. It's not like woodchuck is a delicacy or people need woodchuck meat in order to survive. To be sure, if you have ever had your precious green bean patch wiped out by hungry woodchucks, you would wish those particular culprits ill, but, "'[T]he measure pulls out the big guns for no reason,' said Stan Temple, a professor emeritus of conservation, forest and wildlife ecology at the University of Wisconsin-Madison. 'I’d say it’s a (statewide) solution to a problem that really doesn’t exist on a statewide level.'"