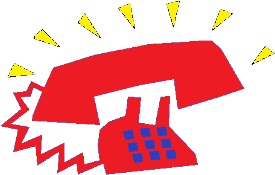 On January 16, there will be two special elections in Wisconsin.

In Senate District 10 (River Falls area including parts of Burnett, Polk, St. Croix and Pierce counties) voters will choose a replacement for Republican Sheila Harsdorf who resigned to head the Wisconsin Department of Ag, Trade and Consumer Protection.

There are three candidates for the seat, a Libertarian, a Republican, and Democratic candidate Patty Schachtner, St. Croix County Medical Examiner.  Citnizen Action of Wisconsin is encouraging and facilitating phone banks to help get out the vote for Schachtner. Sign up here OR attend a local phone bank party in La Crosse on September 12.

Dennis Degenhardt is a Democrat running in the 58th Assembly District (Washington County including the city of West Bend).  The seat had been held by Republican Bob Gannon who passed away in October. In 2016, Gannon ran unopposed, but the 2014 election saw Gannon win with 51% of the vote with two opponents splitting the  remainder. In 2012, no Dem filed. I have not seen phone bank info for this candidate, but you can contact his campaign to see if you can help.