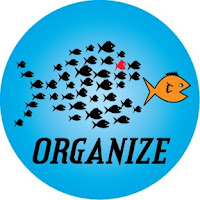 This weekly calendar update is going out a day early (so we reserve the right to update!) to make sure you remember to attend

On Monday, June 19, please attend the La Crosse County Democratic Party Fundraiser/Picnic fro 5 to 9 at Copeland Park. If you normally work for, donate to, and/or vote for a Dem candidate, you need to join the party so you will have more say over who are the candidates, what are the party's priorities, and how are the candidates and priorities decided.

On Tuesday, June 20, at noon you can learn more about the history of the Irish in the La Crosse area in a program hosted by the La Crosse Area Historical Society at the Riverside Museum in Riverside Park. AND there will be a public input session on the rebuilding of South Avenue. Current DOT plans are not big on providing good bicycle/pedestrian avenues but others are continuing to plan for it. Have your say starting at 5:30 p.m. at Central High School AND If you are a resident of the Grandview-Emerson Neighborhood, attend the annual Potluck and Hop Swap starting at 6 p.m at Myrick Park Rod & Gun Club Shelter AND at 6:30 p.m. the La Crosse group of Citizen Climate Lobby will hold its monthly meeting at 6:30 p.m. at 401 West Avenue South.

On Wednesday, June 21, the Powell-Poage-Hamilton Neighborhood will hold its monthly meeting at 6:45 p.m at the Southside Neighborhood Center AND a new group, La Crosse United to Amend, will host a program to explain the plan to petition the city of La Crosse to put a resolution on the April 2018 ballot supporting a constitutional amendment clarifying that a corporation is not a person and money is not speech. The event will begin at 7 p.m. and will be in the Ho-Chunk Three Rivers House on the corner of 8th and Main Streets.

On Saturday, June 24, ReNEW La Crosse will host a volunteer day and Block Party from 8 a.m. to 4 p.m. (party at Copeland Park) AND it's another Gardening Day at Kane St. Community Garden AND Our Revolution Wisconsin will hold its organizing convention in Stevens Point.
If your event is missing please use this form to submit it or email details (please include a url/link if at all possible).

Also - Citizen Action of Wisconsin has kicked off its state-wide HEALTH CARE FOR ALL organizing co-op membership drive. If you can kick in $20 or more per month to join this co-op (everyone invited but they are especially seeking medical professionals to support this one), a full time organizer can help make our push for single payer health care for all even stronger and more coordinated. Check the website for details.

AND if you have some time free, check out these interesting articles: Power or Principles: How the Establishment Branch of the Democratic Party Is Choosing to Lose Both by John Atcheson. Why, if Americans overwhelmingly hold progressive positions on most issues -- even in red states -- are voters so loathe to call themselves "liberal?"  This may be the most important question facing America, and the answer reveals what amounts to a silent coup, four decades in the making, in which a few rich families and corporations took over first the Republican Party, then the Democrats and the media.

Greg Palast: How Racist Voter Suppression Could Cost Jon Ossoff the Georgia Election on Democracy Now! To be very clear, Jon Ossoff would be the congressional member right now. He really would have won the previous special election but for a combination of systemic voter suppression tactics and techniques. The district itself was gerrymandered. The Republican leadership have been very clear that they gerrymandered this district in order to ensure that it would be held by a Republican.

Election Con 2016: New Evidence Demolishes the Myth of Trump's "Blue Collar" Populism by Anthony Dimaggio.  In sum, approximately three-quarters of Trump voters were from households earning more than the national median income, while just one-quarter earned less than the median.

Have you heard of PROJECT REDMAP?  The GOP Rigged the House: Even a massive Donald Trump defeat wouldn't give Democrats control by David Daley in Salon.com (April 2016). Enter REDMAP. The RSLC strategists decided to target as many state legislative chambers as they could in 2010, with an eye to maximizing the number of states where they could have total control of drawing new maps the following year. They spent $30 million — a steal when you consider that’s the cost of some Senate races — in local elections in states like Pennsylvania, Ohio, Michigan, Wisconsin and North Carolina, all with the goal of asserting GOP dominance in purple states. They were aided by the fact that 2010 became an anti-Obama wave election and many discouraged Democrats stayed home. But by the end of Election Night 2010, the GOP had attained several hundred new state legislative seats (hitting a decades-long high point) and captured some two-thirds of state legislative chambers nationwide. They pressed that advantage big-time in 2011, using the most advanced map-making and demographic technology ever to super-glue their gains in place.