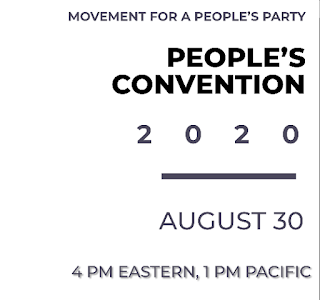 THE TIME IS NOW

For far too long we have watched both corporate-funded political parties pillage and devastate our country, our communities, and our families. Now it is time for us to ask: What kind of world do we want to build from the ashes of this pandemic and economic depression?

One week after the Democratic and Republican national conventions, people from all walks of life will come together to discuss the state of the nation and plans to form a major new political party in America. A party free of corporate money and influence. A people’s party.

Join us on Sunday, August 30, from 3 to 6 p.m for The People’s Convention. The Convention will be digital and broadcast live to YouTube, Facebook and Twitter pages with millions of subscribers and followers.

SPEAKERS
Dr. Cornel West, Professor of the Practice of Public Philosophy at Harvard University and Professor Emeritus at Princeton University. Author of 20 books and commentator on CNN. Bernie 2020 surrogate and co-host of the Tight Rope Podcast.

Sen. Nina Turner National co-chair of the Bernie Sanders 2020 presidential campaign. Host of the Hello Somebody Podcast. Former President of Our Revolution. Served Ohio in the state senate and Cleveland in the city council. Former professor of African American history.

Sen. Mike Gravel. Former U.S. Senator from Alaska. Democratic Presidential Candidate in 2020 and 2008. Read the Pentagon Papers into the public record. Founder of The National Citizens Initiative for Democracy, for direct democracy in America.

AGENDA
The People’s Convention will discuss plans to build the largest party in America in the next four years, including building local hubs and state parties, sending representatives to Congress and local office in 2022, and winning the presidency in 2024. We will discuss why we must finish the political revolution in a major new people’s party and how we can do it.
The Convention will feature live speakers, recorded video montages and presentations, and a regional organizing breakout session.

We will broadcast video compilations of hundreds of people across the country sharing why they need a people’s party and how they are organizing to bring it to life.

At the conclusion of the Convention we will hold a historic vote on forming a major new corporate-free political party in America. 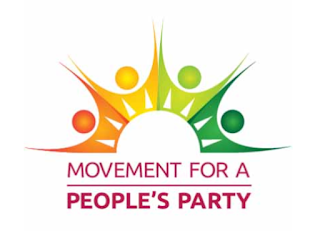