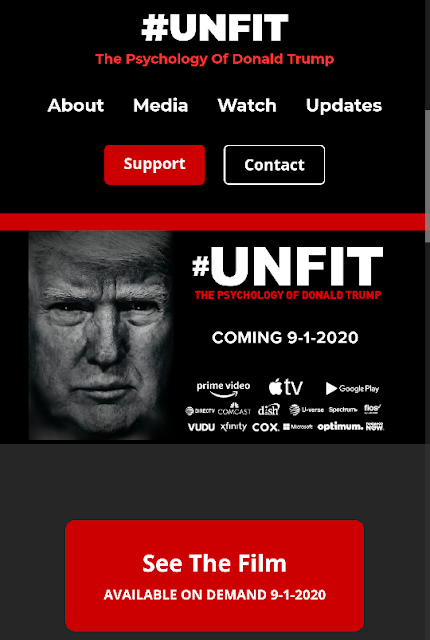 Psychologist-backed documentary labels Trump 'malignant narcissist' “It's not that he's as bad as Hitler, or that he's the equivalent of Hitler," Gartner says. "But he has the same diagnosis as Hitler." #unfit #25thAmendment

Last call for the 25th Amendment? Trump's Cabinet won't depose him — but they should, by Kirk Swearingen, August 26, 2020, Salon.com


Republicans say the quiet part out loud: Americans must die of the coronavirus in order to save capitalism by Chauncey DeVega, March 27, 2020,Salon.com 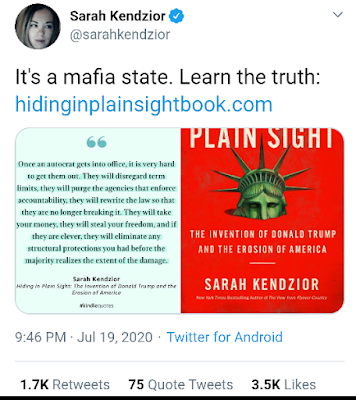 Yale Historian Warns About the Rise of Tyranny in the US Yale University’s Timothy Snyder is a historian and author who has devoted much of his career to understanding the rise of tyranny in different parts of the world. He sits down with our contributor Ana Cabrera to discuss the health of American democracy and a worrying trend taking root in the U.S.


Trump Outpaces Biden in Zeroing In on Voters With Facebook Tools by Bill Allison and Misyrlena Egkolfopoulou, July 13, 2020, Bloomberg

An early Facebook investor has compared the social network to Nazi propaganda. Roger McNamee said the tech giant is using the same methods to those employed by propaganda chief Joseph Goebbels. ... He told The Telegraph: ‘They have taken all the techniques of Edward Bernays and Joseph Goebbels, other people from the world of persuasion, all the big ad agencies and they’ve mapped it onto an all day product with highly personalised information to addict you.’

What if Facebook Is the Real ‘Silent Majority’? Right-wing influencers are dominating the political discussion on Facebook, raising questions about whether it will translate into electoral success in November. by Kevin Roose, August 27, 2020. New York Times 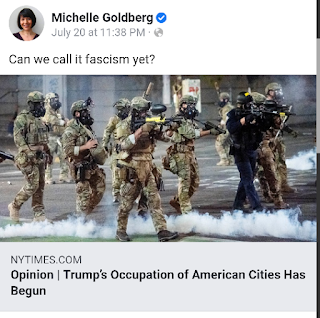