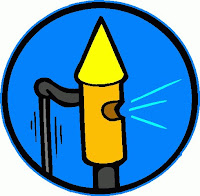 [UPDATE ON RECALL PROCESS - see below]

Americans for Prosperity [sic], the Koch funded right wing group for rich people, is stopping in La Crosse on SATURDAY, MARCH 5 at 6:15 p.m. at the Radisson Hotel (previously, we reported they are coming Thursday).

Please plan to attend!! Bring your signs (this Mother Jones article, "It's the inequality, stupid!" might give you some ideas or this article by Richard Wolff, "How the rich soaked the rest of us").

A little background from SourceWatch:

"AFP is a group fronting special interests started by oil billionaire David Koch and Richard Fink (a member of the board of directors of Koch Industries). ... AFP opposes labor unions, health care reform, stimulus spending, and cap-and-trade legislation, which is aimed at making industries pay for the air pollution that they create. AFP was also involved in the attacks on Obama’s "green jobs" czar, Van Jones, and has crusaded against international climate talks." (read more at link)

From the "we wish they wouldn't have done it now" department: the state Dems have filed recall papers against Dan Kapanke. Ready or not, here it comes.

GET YOUR RECALL ON! Saturday and Sunday from 9 a.m. to 6 p.m. pick up packets to gather signatures to recall Dan Kapanke at 1307 Market Street. We will need approximately 18,000 signatures from ALL AROUND the 32nd senate district. Please check the district map (32nd) and contact anyone you know who can help.

More details will be given when you get your packets.

I have committed to gathering at least 100 signatures. How about you?

Also on Saturday, there IS a bus going to Madison (see previous post below). While the Republicans have locked the people out of their house, protests continue. Don't stop now!
Posted by Cathy Van Maren at Wednesday, March 02, 2011