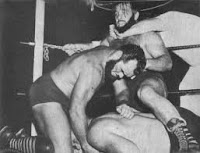 I'm pulling this out from the last post because it's very important and I want to link to a very good and thorough DailyKos article about this group, the American Federation for Children: Koch-Roaches are handing the baton to a new astro-turf clan.

Be aware that a right wing front group, the American Federation for Children (a right wing anti-public school group founded by a Michigan multi-millionaire) has been making robo calls in the 32nd district telling people that they should not sign recall petitions because they are, "only warranted if public officials have broken the law or engaged in immoral behavior." George points out that these guys have received a Politifact PANTS ON FIRE rating from a previous campaign.

Today I listened to To the Best of Our Knowledge (a WPR program) called, "Question Austerity." I highly recommend it, especially the interview with former Bush (sr) assistant secretary of education, Diane Ravitch, who was a charter school supporter until she realized THEY DON'T WORK and wrote a book about it, The Death and Life of the Great American School System. But what they DO do is funnel public money to private cronies.

That's just what the Walker proposals will do. First, denigrate and reduce the status (even further) of educated public school teachers (apparently already causing one suicide in Wisconsin). [Atttention, this did not start in Wisconsin!] Second, and this is the very important part, convince a segment of working people that somehow it's in their best interest to make people like them pay for an inferior education. Third, make it easier for anyone to run a school and anyone to "teach" in a school. Fourth, shrink the public school system until it's small enough to drown it in the bathtub (to paraphrase Grover Norquist).

Once public schools are on their knees, crony-run private schools can step in big time, siphon off public money (remember, their whole agenda is getting richer from public money) to cronies who can then funnel it back to the "right" politicians.

But who will need to be educated in their new world order?
Posted by Cathy Van Maren at Saturday, March 19, 2011