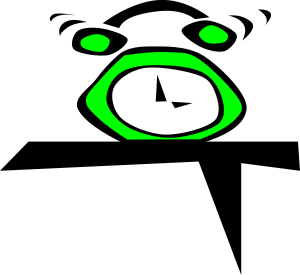 In 2004, Governor Jim Doyle appointed Louis B. Butler, Jr. to the Wisconsin Supreme Court making Butler the first African-American Supreme Court justice in Wisconsin's history. In 2008, his term expired and he was defeated in his reelction bid by Louis Gableman, the first time a sitting Wisconsin justice had been defeated since 1967.

The election was close, but Gableman won. Lots of the same big money still buying state and federal elections was involved, including Wisconsin Club for Growth and the ever ugly Wisconsin Manufacturers and Commerce. About 19.34% of eligible voters turned out to vote.

Gableman's victory gave conservatives a four to three majority on the court.

This is the crux of the issue.

You may remember this race because of an ad approved by Gableman and run by his campaign that showed a picture of Butler, an African-American with a law degree from UW-Madison, who had served as assistant state public defender, municipal court judge, Milwaukee County Circuit Court judge and assistant professor of law at Marquette University, next to a picture of an African-American rapist Butler had represented as a public defender. The ad implied that Butler had found a loophole to get his client out of jail early and the client had committed another rape.

In fact, that was not true. While Butler had won a new trial for his client, the Supreme Court had overturned that decision and the client served his full term before leaving jail and committing another crime.

The ad was so bad that Citizen Action of Wisconsin filed a complaint based on a rule that judges cannot knowingly misrepresent their opponents. The Judicial Commission decided that Gableman should be disciplined, but this decision was appealled and in 2010, the "Supreme" Court issued a split decision 3-3 (Gableman recused himself for once) with the right wing justices saying it was just free speech and the real world justices calling an intentional rule-breaking lie a lie.

Anyway, that's part of the reason why we currently have a dysfuntional, right wing Supreme Court majority - the Strangler,  the Liar, the Lobbyist, and the Cheater. [I am skipping over the achingly close loss by candidate JoAnne Kloppenburg to aforementioned Strangler in 2011. - voter turnout: 34.31%]

Which brings us to today. Who is surprised that the "Supreme" Court has decided (four to three)  that Scott Walker's Voter ID law is ok? Thank goodness, the US Justice Department doesn't.

Note that the Republicans' plan to depose Chief Justice Shirley Abrahamson is wending its way through the system, as are their constitutional changes affecting recall election criteria. Constitutional changes require two consecutive years' passage by the legislature and a vote by the people, but that's how they got their anti-gay amendment through.