By the way, it's not too late to sign up and attend Saturday's Women's March in Madison!

Great turnout yesterday at Sustainable La Crosse's Alternate Transportation forum. Once again, citizens turned out in force to voice support for a better public transportation system, more and better pedestrian and bicycle infrastructure, a better balance in public support (less for parking ramps and more for people's transportation needs), and a plan and commitment from our leaders. The La Crosse Tribune had a very good article summarizing the range of issues and solutions brought up by those who attended. It was interesting to learn that, apparently, the Wisconsin Department of Transportation has decided that its main and only concern is road building. It's statements of vision, mission, and values say something quite different. Check it out.


​Mission: Provide leadership in the development and operation of a safe and efficient transportation system.
Vision: Dedicated people creating transportation solutions through innovation and exceptional service. 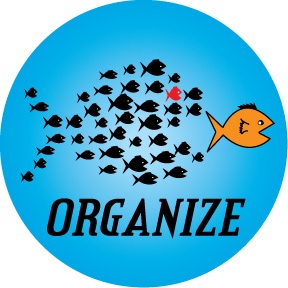 Last fall several La Crosse activists met with representatives of Citizen Action of Wisconsin, a non-profit member driven activist cooperative that provides communities ways to identify issues and efficiently and effectively organize to work on them. Please read up about their model and consider joining so we can have a La Crosse organization. (Citizen Action will be at Saturday's Womens March, too).

On Monday at 7 p.m. the La Crosse County Democrats will hold their January meeting. If you are like me, you've spent decades of your life working for, donating to, and voting for Democratic candidates without having any input into how the candidates are chosen, what the party priorities are, or who the candidates are. If you are like me, you've found it increasingly difficult to enthusiastically support some of the candidates because they seem to be totally disconnected from, even opposite of the Franklin Delano Roosevelt "common man" party many of us think of when we think of the Democratics.

Some may have split for good with the Democrats after the DNC's behavior this year and the decades of (some say) harmful "third way" policies championed by Bill Clinton that favored corporate donors over the traditional base - workers, women, immigrants, the disenfrancised. Some may have gone over to the Greens or be yearning for a new third party to challenge the corporate-controlled "duopoly" Ralph Nader has warned of. But the Dems already have, thanks to our efforts and donations, a system and infrastructure that can field and support candidates. It might be better to remodel the house than try to build an entirely new one.

In 1964, the Mississippi Freedom Democratic Party was formed. The Democratic Party had blocked out African Americans and supported racist and segregationist candidates in the south. This new party, which welcomed black and white members, was an attempt to call out the status quo Dems and provide a path for a more diverse membership, platform, and candidate pool. It's a fascinating history and anyone who remembers watching the MFDP try to take seats at the 1964 Democratic Party convention or hearing Fannie Lou Hamer tell the rules committee why things have to change will still feel a tingle in the spine.

Let the consequences of disenfranchsing and ignoring the people be remembered. Let the fortitude, determination, creativity, perseverance, and compassion of the Mississippi Freedom Democratic Party, SNCC, the Freedom Riders and their supporters be a lesson for us now.

If you want to try and make a difference, now's the time to join, renew, or get back involved with the party to help steer its priorities, programs, policies, procedures, and candidates. You can fill in the membership form and bring it with your dues to the meeting on Monday - 7 p.m. at the Ho-Chunk Three Rivers House (corner of 8th and Main). If more people from diverse backgrounds and experiences join and help lead, we can make sure that the national party truly represents the people and their needs and desires going forward. Join and make a difference.

What else? Is your organization hosting an event? Do you have an issue that could be helped by dozens of people calling to support it? What challenges are coming up?

If you'd like to blog here at Coulee Progressives, please email! The more diverse voices, the better.
If you have an event for the calendar, please email!
Posted by cathy at Thursday, January 19, 2017