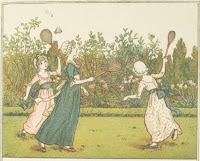 Over the past few weeks, we have seen that even in the face of such a catastrophic disaster as Donald Trump, some Democrats think they are still playing badminton with the Queen. Good grief!

Mike McCabe, who will be the guest speaker at February 4's Progressitval summed things up nicely a couple of years ago as he was launching his new Blue Jean Nation organization. Speaking after a local screening of Citizen Koch, McCabe said, "One party is scary and the other party is scared."

Apparently, even though the one party's scary has turned into something exponentially more terrifying than "scary" could ever describe, some "leaders" in the "scared" party still don't get it.

Just days before the nationwide Save Our Healthcare rallies around the nation, 13 Democrats voted with Republicans to restrict fellow citizens' ability to buy affordable prescription drugs. (In fact, some Republicans actually voted in favor of Senators Klobuchar's and Sander's amendment to allow people to purchase lower priced drugs from Canada, so these Dems absolutely tanked this).

But that was the just the beginning of the unraveling.

For example. Ben Carson? For HUD? Are you kidding? And yet, so-called "leaders" Elizabeth Warren and Sherrod Brown, our defense against the crazy, both voted for him. What?!

And what about "leader" Chuck Schumer? I don't think he's gotten the #ResistTrump memo yet according to this report by Cory Doctorow at Boing Boing.

This Yes! Magazine article explains why, "Opportunities for bridging partisan divides will be rare. Success for Democrats should be defined by laws and appointments denied or delayed."


From the impeachment of Bill Clinton to Bush v. Gore, to racially-targeted voter suppression, birtherism, and a legislative coup in North Carolina, the Republican Party has embraced any method, however illegitimate, to erode democracy and strengthen their own power. When norms, democracy, or legitimacy have collided with the Republican Party’s raw pursuit of power and oppression, they have been thrown aside. When Republicans deny the civil rights of LGBTQ people, when juries declare that Black lives don’t matter, the response must be more than simple dialogue. The Republicans will betray any norm to hold desperately to power. The plans they have floated range from an evisceration of the safety net to a mass, racially motivated deportation. This is not the time for mediation. This is the time for resistance.

"Resistance in the name of a better world has to happen," says Daniel José Camacho in this article article, from The Guardian.

This is why we all must get and stay active and pull others along with us.

* Join the party (bring the completed form and dues to a LOCAL meeting - 3rd Monday of the month) if you haven't and be actively involved.
* Constantly CALL Rep. Ron Kind ((608) 782-2558), Sen. Ron Johnson ((202) 224-5323), and Sen. Tammy Baldwin ((608) 796-0045). Tell them we will not go back. Tell them we will not support leaving tens of millions of our friends and relatives without health coverage. Tell them to vote against Trump's unqualified nominees.
* Contact state Dem party leaders who will vote on the next DNC chair and urge them to back Rep. Keith Ellison (who does seem to get it).
* Call, call, call (don't just email!) national "leaders" when they slip back into that somnambulistic "let's all just get along," silliness.

Maybe you can find a compromise with your companion who wants to eat Chinese while you want Greek, but you can't compromise with the hostage taker who will only feed you nails.